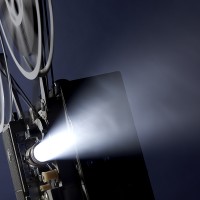 Come discover the ultimate best selection of recent films from Hungary, this small country in Central Europe, between Austria, Slovenia and Romania had so many great films in the past, we are so proud to offer a remarkable presentation of brand new films for two showings each in the course of The Hungarian Week 2016. The radiance of the BUDAPEST-MONTRÉAL Film Event will go beyond the Hungarians expectations, of course they are the first audience we hope to seduce along with the francophones and anglophones cinephiles of Montreal who will also be interested by the inventiveness, the vitality and the social human values carried throughout the selected films. You are invited to seven incredible evenings of film screenings that were never shown in Montreal, the return of the Oscar winning film SON OF SAUL, as well as a must-see tribute to cinema with the hallucinating FINAL CUT, with special guest the director himself, György Pálfi, and to finish off with a 2016 Cannes Classics stunner for the closing night of the festival, SZERELEM / AMOUR.

Mom & other loonies in the family

For some inexplicable reason